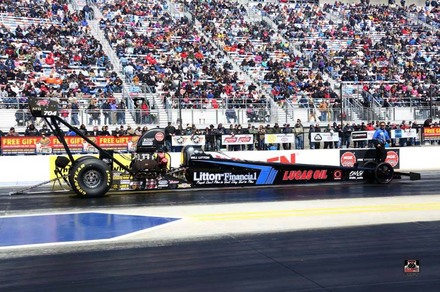 It’s no secret that on race weekend the racers and fans alike all hope for blue skies and sunshine. Unfortunately, that was not the case on Friday at the Charlotte Four-Wide track! After waiting out the drizzling rain for most of the day, the NHRA officials told the racers to pack it in. That also meant jam-packing the qualifying races into Saturday and only getting two chances to make it to the eliminations! But…then the sun came out on Saturday and so did a sell-out crowd with standing room only! The first run was also the first time that Driver Bill Litton would be driving the brand new Morgan Lucas car owned by crew chief Anthony Dicero. Anthony, along with Father son duo, Robin and Tony Samsel, were the “brain trust” for the tune up calculations. Jeff Accacian and Cole Samsel (Robin’s Grandson) turned the wrenches on the crew. Dicero was thrilled when Litton thundered down the track for what would be Litton’s career best finish saying, “The car only had about five runs on it before he got in and he went out and got his career best number the first time he got in it! 5.40 at 263 mph!”

Dicero continued to describe the moment adding “Litton had a pretty good mile an hour at half track and did a really good job of holding the car in the groove at a track he’s never been to.” 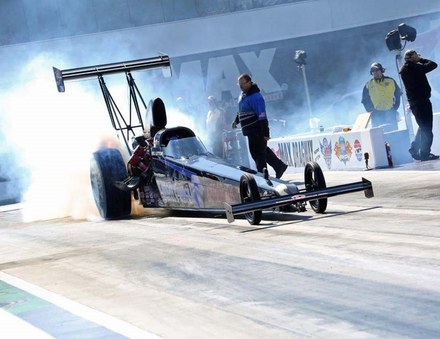 There was a short turn-around and back to the starting line for the second and final Qualifying round. Robin Samsel, who was assisting with the tune up, described what was modified on the car in between rounds. “Everyone’s trying to get a good feel for everything so we went really easy on the front half of the track because we hadn’t been down the track at all.  We came around for the second lap and we tuned it up just a little bit because of the wheel speed being so low [in lap 1].” Continuing on with the results of the run he said, “Basically the tune up was over the center a little bit so the car smoked the tires close after the hit.” Dicero added, “We kind of had to push the thing–we had to try and find the center on the tune up and it looks like they did. Tony and Robin got a pretty good handle on this thing.” With two runs down, Litton Racing and ADR were headed into Elimination 1 in the 11th spot. Measuring up the competition, Dicero said, “Looking forward to running against Jake Allen in the first round. I think we have a good shot at taking him down.” 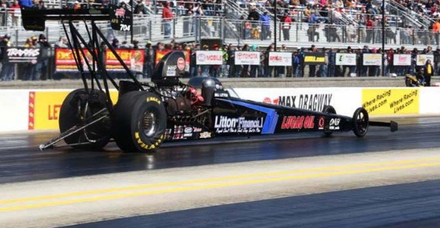 At Elimination Round 1 the car was pushed into position and ready to face off! Driver Bill Litton had a great light and was right there leading at the 1/8 mile marker but then went into tire smoke and came up on the wrong side of what Crew Chief Dicero calls a “pedal fest.” From the driver’s perspective Litton commented, “The run was going well and I thought we had him when it felt like I hit a patch of ice at about 200 mph. I wish I had done a better job of pedaling the car. I got too amped up…kicked the throttle to the firewall twice and kept pulling the tires loose.” Car tuner and veteran driver, Robin Samsel, commented, “Bill got a .066 light so real proud of him there! Basically the tune up went over center a little ways down the track and he [Litton] didn’t get the pedal. We’ll say it was there for the taking but by the same token, it’s laps in the car that makes a lot of things happen so Bill will be good and this thing will come around.” Dicero closed by adding “Bill’s had some great laps in the car as far as early numbers go. He had his career best run.”

Team Litton will be rolling in to The Strip at Las Vegas Motor Speedway for a National event this weekend and back for a Points Meet the following weekend! As usual, the team is looking forward to the high stakes on and off the track! Crew Chief Dicero predicts that there will be “a different game plan for Vegas.” The Litton Financial car is looking to be a contender! It’s abnormally cold here in Charlotte-none of us have ever raced in these conditions. So for Bill to just walk in, get in his new ride, and make some career best numbers…we’re looking forward to Vegas!” 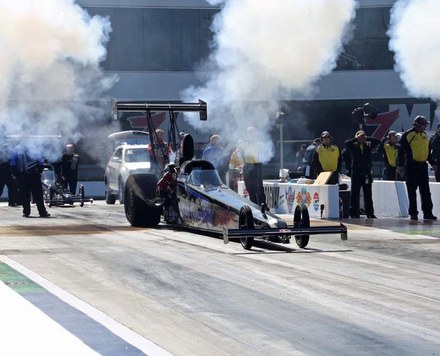